CAST
Una donna Camilla Nylund
INTOLLERANZA 1960
CAST
Un emigrante Giorgio Berrugi
La sua compagna Camilla Nylund
Una donna Anna Maria Chiuri
Un algerino Simone Piazzola
Un torturato Dario Russo
Synopsis - Erwartung
Time: Night
Place: A forest
A woman is in an apprehensive state as she searches for her lover. In the darkness, she comes across what she first thinks is a body, but then realises is a tree-trunk. She is frightened and becomes more anxious as she cannot find the man she is looking for. She then finds a dead body, and sees that it is her lover. She calls out for assistance, but there is no response. She tries to revive him, and addresses him as if he were still alive, angrily charging him with being unfaithful to her. She then asks herself what she is to do with her life, as her lover is now dead. Finally, she wanders off alone into the night.
Synopsis - Intolleranza
Setting: Fictional place in the present
Part One[edit]
Opening chorus (Coro iniziale)
Instead of an overture, a large-scale a cappella chorus, "Live and be vigilant", is heard from behind a closed curtain.[10]
1st Scene: In a mining village
A migrant [11] the stranger in the Maloches mine is tired. He is consumed by desire to return to his homeland, from which he once fled.
2nd Scene: A woman rushes in.
A woman who had given the stranger in the mining village warmth and peace and love, tries to persuade him to stay. When she realizes that her lover is determined to go, she insults him and swears revenge. Nevertheless, she leaves with the migrant.
3rd Scene: In a city
He has reached a city while a large unauthorized peace demonstration is taking place. The police intervene and arrest some demonstrators, including the migrant, although he was not participating in the rally. His attempt to defend himself remains unsuccessful.
4th Scene: in a police station
Four police officers set to work to force the prisoners to confess. The man, however, stands firm to his story that he was on the way to his home, which goes through the city, and he therefore had nothing to confess.
5th Scene: The torture
All those arrested are brought to torture. The chorus of the tortured cries to the audience, asking whether it was deaf and would behave just like cattle in the pen of shame.
6th Scene: In a concentration camp
The chorus of prisoners desperately cries for freedom. The four policemen taunt their victims. The hero makes friends with another prisoner from Algeria. They plan to escape together.
7th Scene: After the escape
The migrant manages to escape with the Algerians from the concentration camp. While originally it had been only his wish to see his home, now his heart burns only with the desire for freedom.
Part Two[edit]
1st Scene: Some absurdities of contemporary life
From all sides voices press upon the hero, voices which not only disturb and confuse him, but almost overpower him. The absurdities of contemporary life, such as the bureaucracy - for example, "registration required", "Documents are the soul of the state", "certify, authenticate, notarize" - and sensational newspaper headlines like "mother of thirteen children was a man" increase, and the scene ends with a big explosion.
2nd Scene: a meeting between a refugee and his companion
A silent crowd suffers from the impression of the slogans and the explosion. When a woman begins to speak out against war and disaster, it appears to the emigrant as a source of hope in his solitude. Henceforth, the two want to fight together for a better world.
3rd Scene: Projections of episodes of terror and fanaticism
To the hero appears the woman he has left in the mining village, and this confuses him. Together with his companion (compagna) he sends her away. Then the woman transforms herself along with a group of fanatics into ghosts and shadows. In the dream, she sees the migrant, the mine, the mocking slogan "Arbeit macht frei" over the entrance of the camp, and she sees the nightmares of the intolerance he holds with his companion, "Never, never again". The choir sings Mayakovsky's "Our march".
4th Scene: In the vicinity of a village on the banks of a great river
The hero and his companion have reached the great river, which forms the border of his native country. It is flooding; its level increases more and more. The deluge swallows roads, broken bridges, barracks, and crushes houses. Even the migrant and his companion are unable to save themselves. They die an agonizing death.
Final chorus (Coro finale) set to excerpts from Brecht's poem "To Posterity", again without orchestral accompaniment. 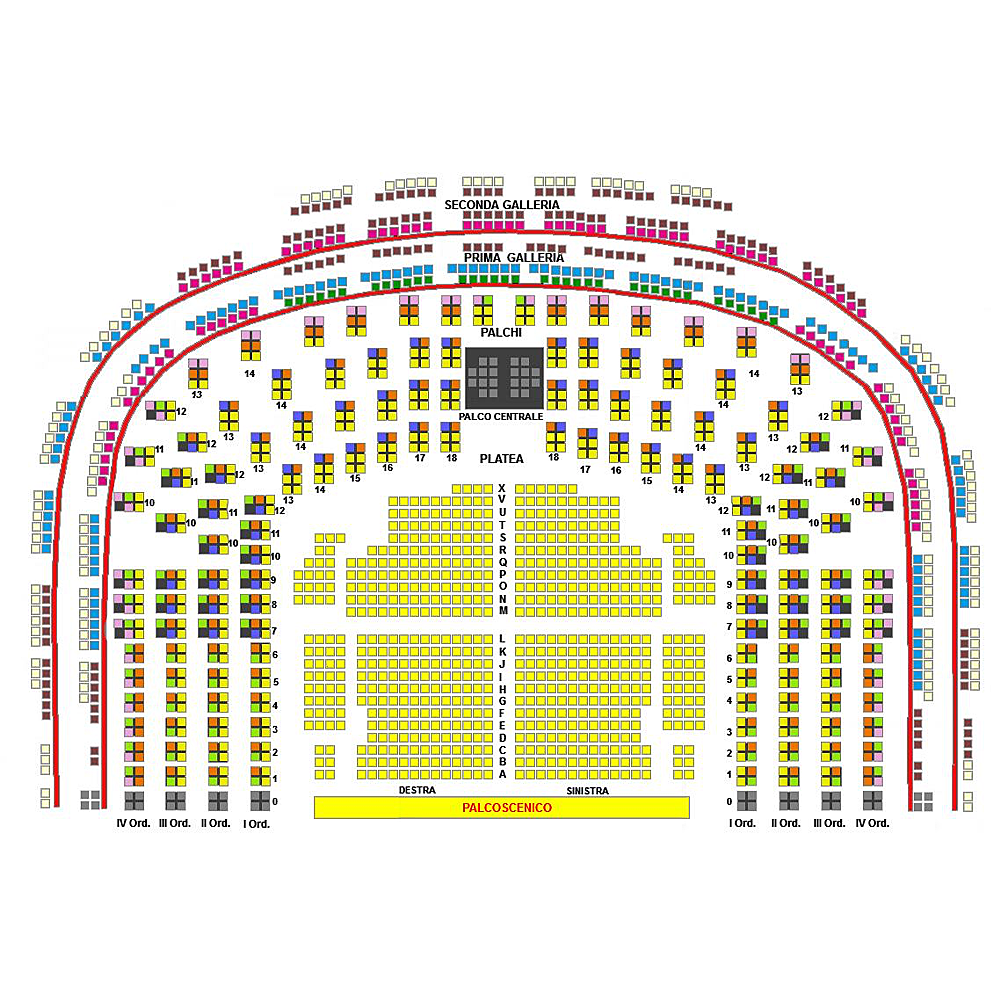