Alresford, The Grange Festival
Northington, United Kingdom
The Grange Festival
Tue 23 June 17:45
View Seating Chart
Credits
Conductor: Gianluca Marciano
Director: Stephen Medcalf
Designer: Francis O’Connor
With the Orchestra of English National Opera
Cast
Gioconda: Amanda Echalaz
Enzo: Joseph Calleja
Laura: Ruxandra Donose
Barnaba: David Stout
Alvise: Clive Bayley
La Cieca: Elisabetta Fiorillo
Synopsis
ACT I: THE LION'S MOUTH
Venice, 18th century. While citizens celebrate the Carnival, Barnaba, a spy for the Inquisition, reflects on his unrequited love for the beautiful street singer La Gioconda. When she appears with her blind mother, La Cieca, he tries to force himself on Gioconda, but she escapes him and goes off in search of her lover, Enzo Grimaldo, leaving her mother behind. Barnaba convinces the crowd that La Cieca is a witch, and the mob threatens the old woman. The returning Gioconda and Enzo are unable to subdue the angry Venetians. At that moment, Alvise Badoero, the head of the Inquisition, passes with his young wife, Laura. The crowd falls silent, and La Cieca gives Laura her rosary in gratitude (“Voce di donna o di angelo”). All leave for evening mass except for Barnaba and Enzo, whom the spy recognizes as a banished Genoese nobleman once in love with Laura. Intending to prove Enzo’s infidelity to Gioconda, Barnaba tells him he can arrange for Laura to visit him on his ship that very evening. Enzo is overjoyed at the prospect of seeing his former lover even though he realizes that Barnaba is trying to set a trap for Gioconda. He hurries to his ship to wait for Laura and escape from the city with her. Barnaba dictates a note to the scribe Isèpo, denouncing Enzo and revealing his plan to leave the city with Laura, and puts it in the Lion’s Mouth, the repository for denunciations to the Inquisition (“O monumento”). Gioconda, who has overheard the scene, is desperate over Enzo’s betrayal.

ACT II: THE ROSARY
Barnaba, disguised as a fisherman, appears on Enzo’s ship to spy on him. The crew joins him in singing a barcarolle (“Pescator, affonda l’esca”). After he has left, Enzo arrives. He waits for Laura and thinks about the mystical beauty of sky and sea (“Cielo e mar”). Laura is rowed to the ship by Barnaba, who disappears again as Enzo prepares for the voyage and Laura prays to the Virgin for protection (“Stella del marinar”). Meanwhile, Gioconda has entered unobserved. The two women confront each other (Duet: “L’amo come il fulgor”), and Gioconda is about to stab Laura when she notices La Cieca’s rosary in her hand. Realizing it was Laura who saved her mother’s life, Gioconda warns her rival that Alvise is on his way and helps her escape. When Enzo returns, Gioconda explains to him that Barnaba has betrayed his plan and urges him to return to the city with her, while cannons are fired from Alvise’s ship. Enzo defiantly affirms his love for Laura, then sets fire to his own ship and leaps into the lagoon.

ACT III: THE CA' D'ORO
In the Ca’ d’Oro palace, Alvise decides to avenge the honor of his family by killing his wife (“Sì, morir ella de’!”). Laura enters, and he orders her to drink a vial of poison before the song heard from outside has ended. As soon as he has left the room, Gioconda slips in. She is resolved to save Laura for the sake of Enzo and gives her a sleeping potion that will make her appear dead.
Alvise greets his guests in the ballroom and presents a ballet for their entertainment (The Dance of the Hours). Barnaba drags in La Cieca. She has been found in the palace, claiming to be praying for the dead. At that moment, a funeral bell is heard. Barnaba tells Enzo, who has entered the palace in disguise, that it tolls for Laura. On hearing this, Enzo reveals his identity, and Alvise orders him to be arrested. Gioconda offers herself to Barnaba if he will have Enzo released from prison. Barnaba agrees but takes La Cieca as hostage. Alvise reveals the body of his apparently dead wife to the shocked guests.

ACT IV: THE ORFANO CANAL
Gioconda’s friends carry the sleeping Laura into the street singer’s home on the Giudecca island. Left alone, Gioconda is torn between feelings of desperation and revenge and resolves to kill herself (“Suicidio!”). Enzo bursts in, unable to understand why he has been set free. He accuses Gioconda of stealing Laura’s dead body and is about to stab her when Laura’s voice is heard. Gioconda explains what she has done. Deeply moved by her self-sacrifice, Enzo and Laura thank her before making their escape. As soon as Gioconda is alone, Barnaba appears demanding his reward. Stalling for time, she puts on jewels, then takes a dagger and kills herself. Furious and frustrated, Barnaba screams out that he has murdered her mother, but Gioconda can no longer hear him. 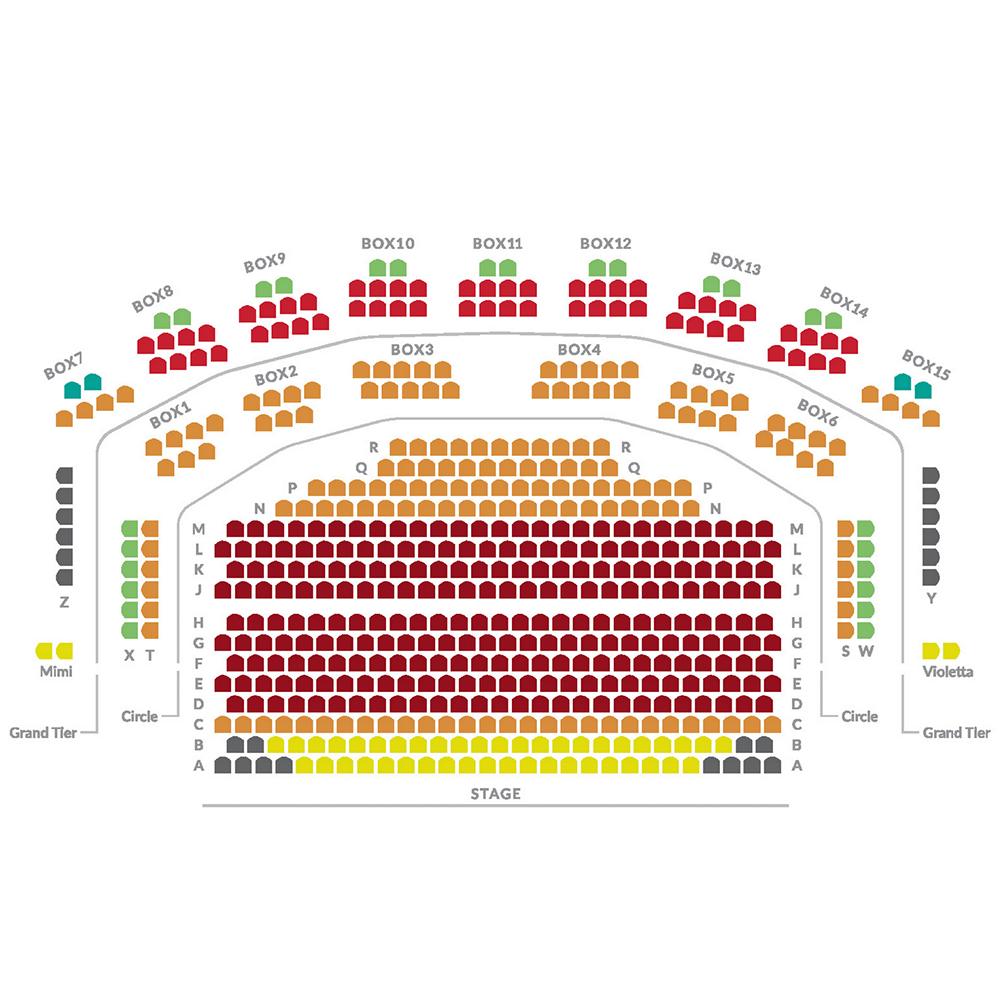