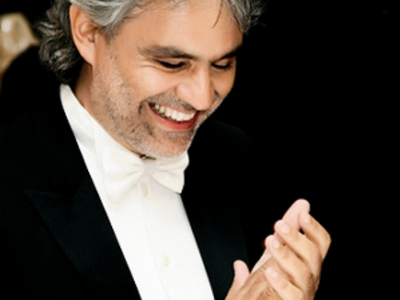 Yes. Ticketfinders has been providing official tickets to classical concerts and other events for the past 50 years. At Ticketfinders, you can purchase any available Andrea Bocelli tickets using our fast and secure check-out.

Where is the best place to buy Andrea Bocelli Tickets?

You can search for available Andrea Bocelli tickets on Ticketfinders. Prices vary by event and availability may be limited. Choose the event you want tickets for and use our safe and secure check system with our 100% guarantee.

How to Book Andrea Bocelli Tickets?

Andrea Bocelli is known for his unique blend of opera and pop compositions, which has been coined as “popera.” He was born in the quiet city of Lajatico, Italy, and has quickly become one of the most exceptional singing talents in the world today. Performances by Andrea Bocelli are sought after by admirers all around the world. His concerts held at the Teatro Del Silenzio are often a sold-out spectacle. If you’re looking for Andrea Bocelli tickets, get yours today and guarantee your spot at his upcoming performance!

Andrea Bocelli is a world-famous singer from Lajatico, Italy. Born 22 September 1958, Bocelli grew up learning to play the piano, flute, and saxophone.

In his early life, Andrea Bocelli was active and enjoyed sports. However, at the age of 12, Bocelli endured a tragic accident at a soccer game. Following the soccer accident, Bocelli was diagnosed with congenital glaucoma, which caused him to become completely blind.

Bocelli experiences his first taste of musical success at a singing competition in 1970. However, his desire to become a musical artist was put on hold due to his parent’s interests in their son becoming an attorney.

Andrea Bocelli started law school in 1980 at the University of Pisa. He performed small shows at bars and local events to earn money. Bocelli eventually completed his degree and became a court-appointed lawyer.

Bocelli’s life desire was to produce and perform his unique blend of opera and pop style of music. In 1995, after being discovered by Luciano Pavarotti, Andrea Bocelli received his big break with the release of his world-famous album Bocelli.

In 2006, Andrea Bocelli inspired the city of Lajatico to build an outdoor amphitheater known as the Teatro del Silenzio or the Teatre of Silence in English. This theatre is an honorary gift from Andrew Bocelli to all his fans, performing only for one night, every July. For the remainder of the year, the theatre remains completely silent.